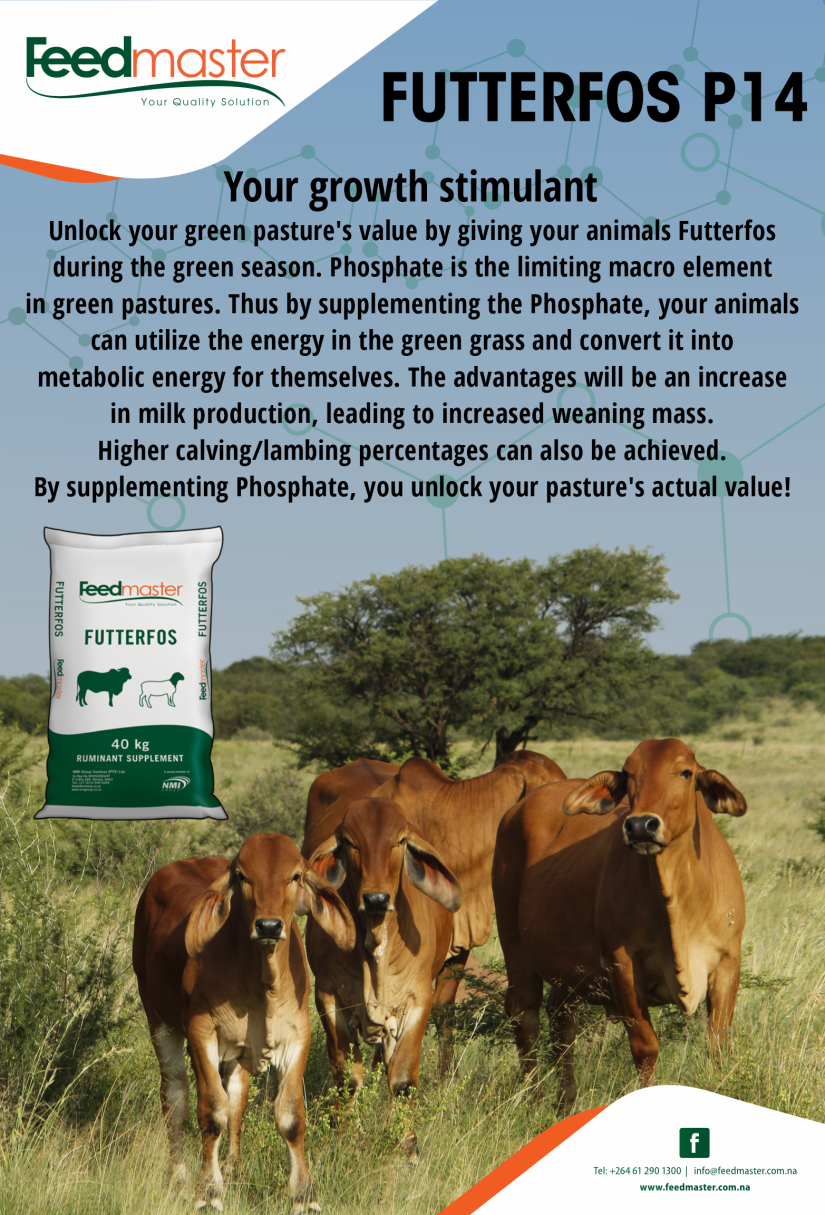 What are the critical areas in red meat production that drive profitability?

In this article, we want to look at the impact of the right phosphate supplement on the above key areas that drive profitability.

Phosphate supplementation is too expensive: right or wrong?

The following graph of local research data of Feedmaster, which was again adapted to the latest market prices in January 2020, shows the profit to supplementation costs, as well as an improvement in profitability of 42% if phosphorus supplementation is done, as opposed to just providing a salt lick supplement. 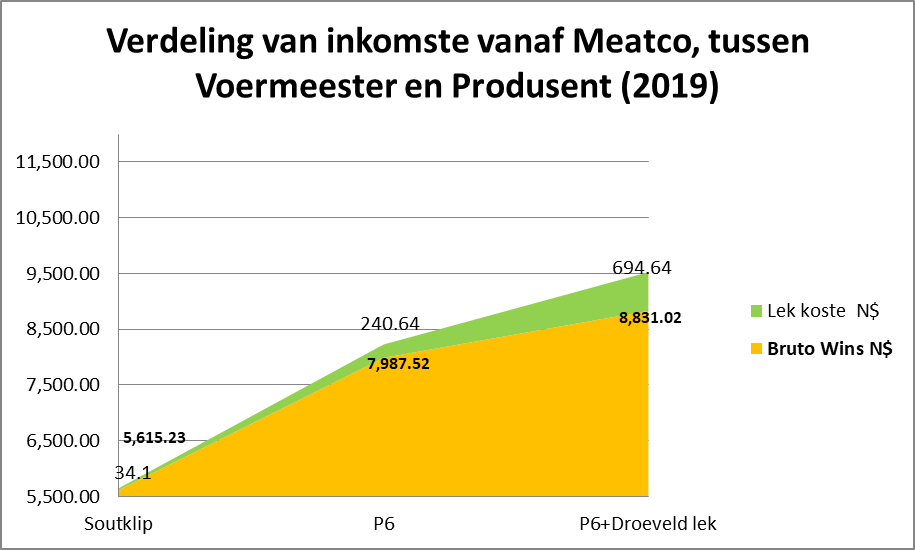 Regarding the actual cost of phosphate supplementation, producers quickly make the mistake of just seeing the bag price. However, suppose one considers the low intakes and the profit after the supplement cost of Phosphate. In such instances, you discover that you accidentally shot yourself in the foot by attempting to save money on Phosphate and neglecting to keep your feed troughs full.

The actual cost of Phosphate per herd and sheep unit per day is shown below.

The economic impact of Phosphate deficiencies.

It is impossible to over-accentuate the importance of phosphorus in red meat production, especially in cattle. Looking for effective growth in our animals, we are talking about effective energy metabolism in the animal's body. For effective energy metabolism, the body needs enough phosphorus molecules in the electron transport chain for optimal energy transfer. The illustration below shows how protein, starch, and fat metabolism joins and ends up in the electron transport chain, where the phosphorus molecule is essential for optimal energy transmission. 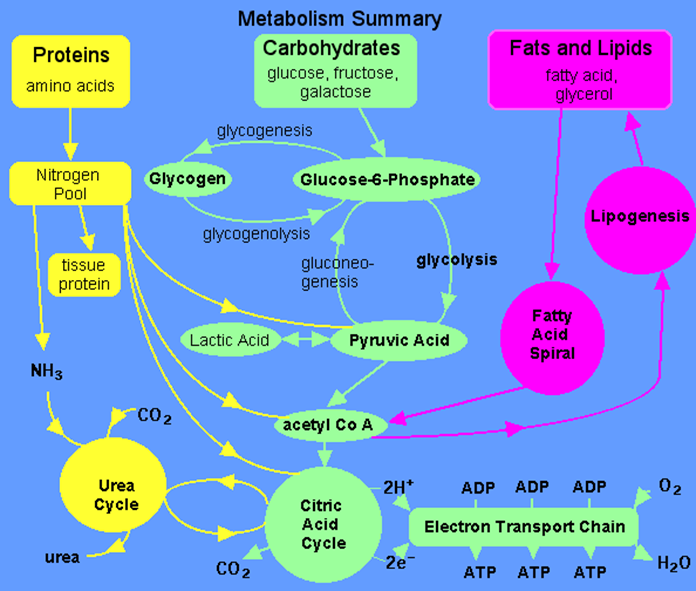 Phosphorous plays a significant role in converting grazing energy to usable/growth energy. The most severe result of a phosphorus deficiency is a reduced pasture intake that remains a producer's cheapest feed source. This reduced intake leads to stunted growth, poor reoccupation due to poor condition count of breeding stock, anestrus and reduced milk production that affects our animal's weaner weights.

Lower weaner weights during weaning also cause the wrong marketing choices to be made. It again impacts the profitability of the production system and has an impact on the calves being marketed. This means that due to a lower income per head, they should be withheld until weights are legal. This will again cause marketing outside the traditional weaner calf auction season when there is imperfect competition among the buyers. Prices are usually also lower and not competitive. Calves must even be assisted with unnecessary supplementary nutrition after weaning, which also eats the profits. In this case, it is not referred to as a specific management system. Creep feeding promotes increased growth and profitability, significantly when weaner calf prices rise when it makes even more sense to give creep feeding.

To address the benefits of optimal energy metabolism, we can also refer to research done, which has shown the difference in pregnancy in animals that were in a positive energy balance towards animals that were in a negative energy balance during mating. There is a significant improvement in re-conception the moment the animals were paired during a period of positive energy balance towards a negative balance, where the animals lost condition during mating. With sheep, where stimulus feeding is more commonly known, we see even a more drastic improvement in pregnancy presentation and significantly higher fecundity or, in non-specialists language, increasing the number of twins or more born. 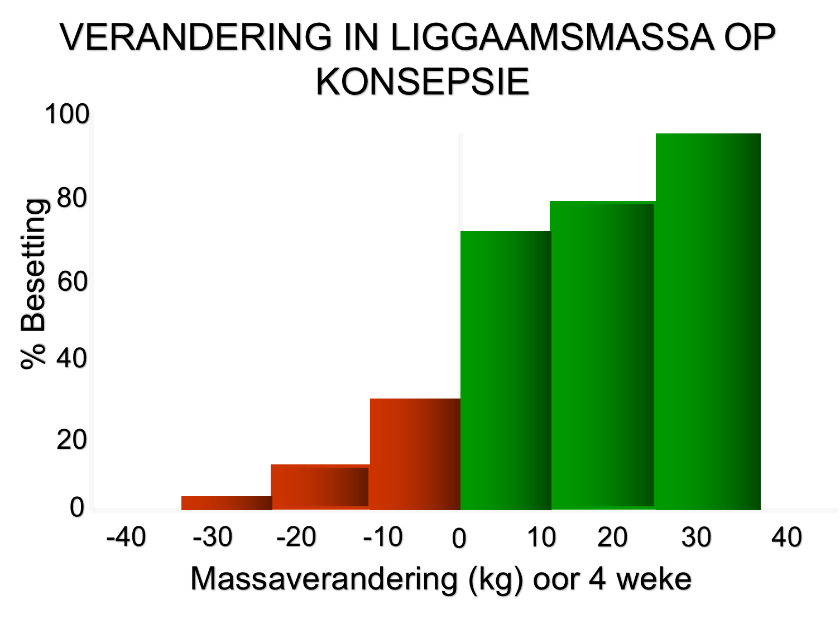 Are all phosphate resources the same, and if not, what economic impact does it have? The bio-availability and quality of phosphate sources used in the mix of Phosphate supplements have been placed under a magnifying glass in nutrient circles in the past, and research on these resources has provided exciting facts. From this, we can conclude that the traditional use of P18 (DCP) sources is disappearing, and P21 and P23 (MCP) sources have a 1:1 calcium to phosphorus ratio and a lesser degree of interaction between the available Phosphate and calcium are instead used.

The table below illustrates the decline in bio-availability. This information is gained from a presentation done by FeedFirst Animal Nutrition Consultants in the RSA. 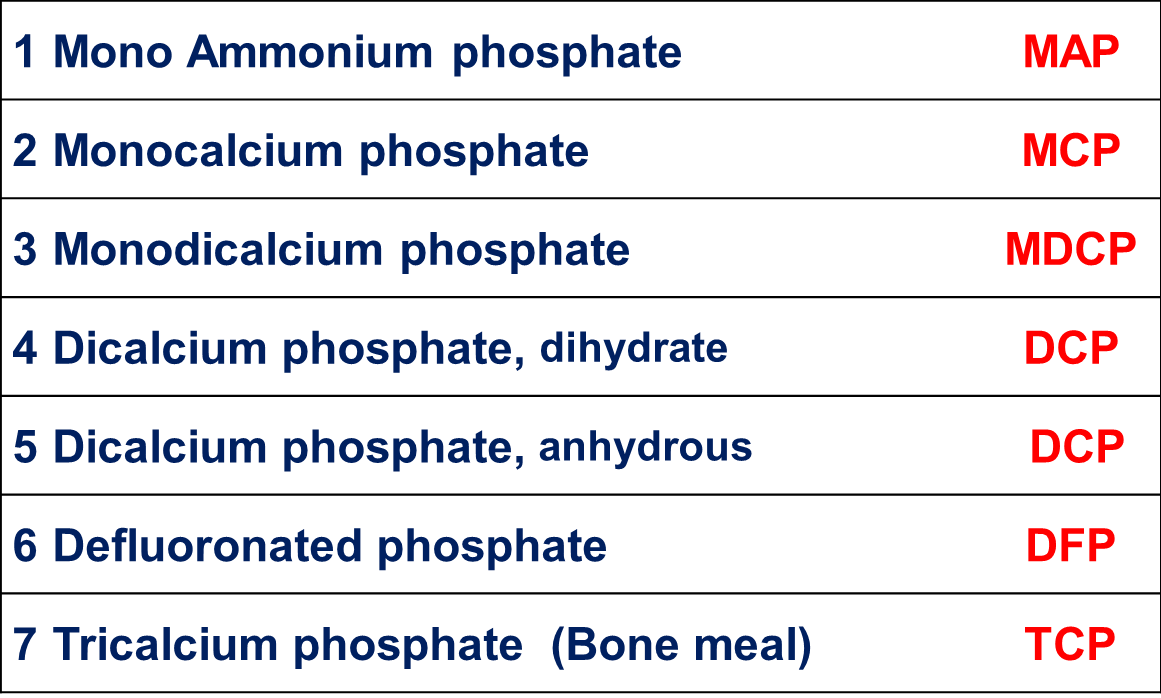 What is even more interesting is the absorption percentage of each of these sources. It will be beneficial to the farmer financially to ask the feed manufacturer what resources they use so that he/she does not pay for Phosphate that is not advantageous for production. Below is a table from the same presentation that highlights this: 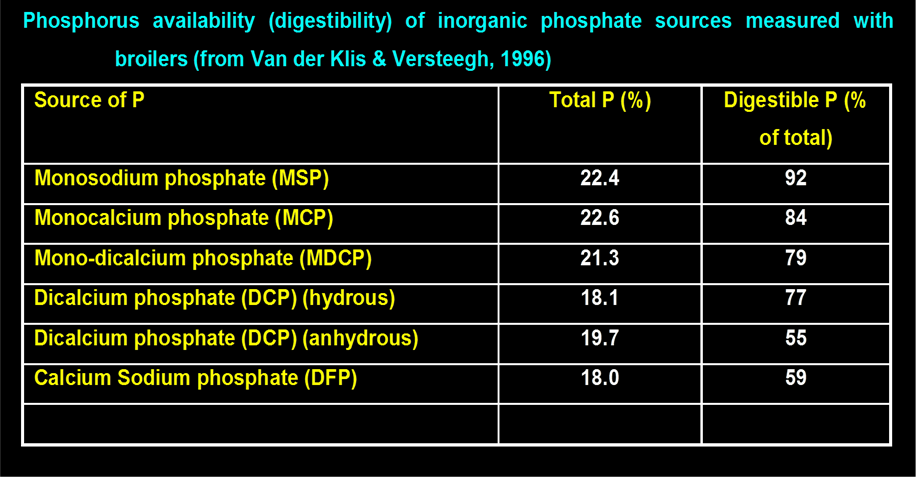 With the positioning of Futterfos in the market, Feedmaster has also done everything in its power to obtain a mono-calcium phosphate source with 23% phosphate, which is undoubtedly the best digestibility %. In cases where the exchange rate is unfavorable, Feedmaster also uses the best P21 sources in the RSA. The use of lower digestible di-calcium Phosphate (P18) sources does not occur in Feedmaster's Phosphate.

A good Phosphate supplement does not only provide Phosphate to the animal but also a wide range of micro minerals, which is also essential for optimal production. However, it remains paramount that the micro-minerals used in a balanced relationship are supplemented.

This famous illustration shows the possible interactions that can occur between minerals.

Futterfos has been formulated to meet more than just the 25% legally prescribed needs and therefore has a higher mineral specification than the standard P12 products in the trade, based on 25% of the need. Traditional Phosphate supplement levels provide only 25% of the animal's daily needs, according to the requirements of law 36/1947. However, the latest research shows that higher supplemental levels significantly benefit animals and farmers.

Latest research and the next step forward.

Research that is new to the bio-availability of Phosphate, and for Feedmaster also establishes a new dimension for sustainable improvement, is the coupling of DCAB (Dietary Cation-anion Balance) values for all supplement products.

The latest research, shared with us as recently as December 2019, on a Farmers ' day near Grootfontein, highlights the effect that positive and negative cation-anion balance has on the absorption of phosphorus and calcium from the bone of an animal. For example, many farmers make the mistake of adding unnecessary sulfur to their licks, making the Cation-anion balance of the supplement, which starts a biochemical reaction that activates the absorption of phosphorus from the leg. Along with phosphorus absorption, calcium absorption is also taking place. This causes a significant bone density reduction, resulting in symptoms such as osteochondrosis and an increase in bone fractions.

Many feed companies experience this problem by not necessarily pursuing quality but only going for the lowest cost of sales and then purchasing raw materials whose quality is not on par.

Dr. Kenneth Botha of Renaissance Nutrition, who was part of this research project and who also presented the lecture in Grootfontein in December 2019, showed some examples of phosphate sources that contained high sulfur levels. Suppose these raw materials that are suspicious are used. In that case, it can quickly change the cation-anion balance that accelerates this withdrawal from the leg. Several other factors also contribute to the final balance of the ration that the animal consumes daily, including, for example, chlorine and sulfur levels of borehole water, the water quality of earth dams, and the pastures. Suppose precision farming is the path you take. In that case, it will be good to do at least water analyses of your most important water sources to see if certain elements may significantly influence the total ration's cation-anion balance. One of the most extensive responsibilities of your animal feed manufacturer, and this is also why Feedmaster is proactive to ensure that the product we develop and manufacture does have a DCAB value on the bag ticket for transparency and that our supplement range meets the right balance for our producers to ensure peace of mind. Unfortunately, these changes are not yet part of Act 36 's requirements, which entails that there can be products with a negative DCAB at a possible cheaper price than a balanced product. This is where sufficient information should be transferred to our producers to enable them to at least make the right decision that will ensure the most benefit economically to him/her.

Research results show that calve percentages were 80% compared to 51% of the control (no phosphorus supplementation), as well as an increase in calving weaner masses of up to 27.5%, was reported due to the supplementation of phosphorus in phosphate deficit areas (Read et al., 1986a, B). In the current difficult economic times, no farmer can afford not to unlock this advantage. This is a fundamental farming principle that only ensures benefits to the producer.

It will also be wise to look twice at the contents of a bag of Phosphate before you buy it, to make sure the product is what it needs to be and that you get the full return on your "investment" that you had in mind when you made the purchase. Feedmaster's team of Technical Advisors are available to assist with any technical advice and queries. Our office telephone number is 061-2901300.