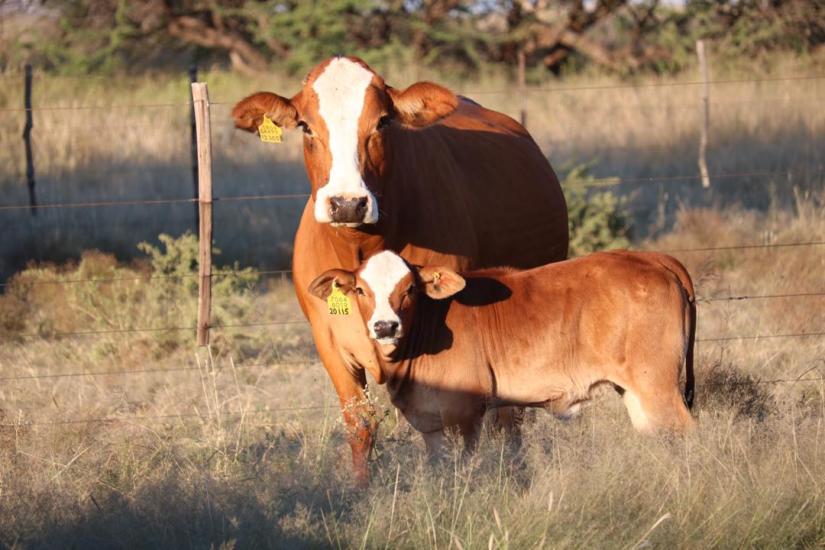 Posted by
Admin
on 16 July 2021 and filed under
Nutrition

Why the need for Protein Supplements?

In ruminants, the rumen fulfils the need for a fermentation cask. The volume of an adult rumen varies from animal to animal, but it is usually in the vicinity of 4 to 10 litres in sheep and 100 to 300 litres in cattle.

In as early as 1891, researchers indicated that a lack of protein in the feed brings about a decrease in digestibility of particularly the fibrous parts of feed. Ruminants, and not single-stomach animals, use microbes (bacteria and protozoa) to help them digest food to a certain extent, and later the animal digests the more easily digestible microbes in the small intestine for its use. The cell walls of the grass eaten by cattle need to be digested first so that the more easily digestible contents of the cells can be used. Cell walls consist mainly of cellulose that the animal is not able to digest without assistance. This digestion is done through the enzyme cellulose that is released by specific bacteria. No glands or organs in the animal’s body can release this enzyme or other enzymes that digest cellulose. The fewer bacteria present, the slower the rate of digestion, the slower the flow of food to the lower digestive tract, the slower the eating rate of the animal because the stomach is still too full and eventually less nutrient matter is absorbed and the animal becomes thin.

Urea (a source of non-protein nitrogen) plays an important role in building up large populations of microbes, thereby aiding digestion. A grazing ruminant’s diet contains a protein concentration of as low as 3% in poor quality roughage to as high as 25% in young, actively growing grazing. Nitrogen is a building block of amino acids and these are building blocks of protein. Dietary nitrogen is used firstly by the rumen microbes. The rumen microbes are capable of building amino acids of simple nitrogen compounds. One kilogram of urea that contains 46% nitrogen has the equivalent of 2,87 kg protein due to the ability of microbes to build amino acids. These amino acids produced by the rumen microbes make the ruminant independent of an outside source of essential amino acids.

An essential amino acid can best be described by the following example:
If a child builds Lego blocks in the following sequence:
4 blue, yellow or green he would be able to continue until a certain colour is no longer available. As soon as, for instance, all the yellow blocks have been used, he will NEVER be able to build a similar tower. The yellow block is, therefore, essential.

The same happens with the “building” of protein. If an animal “builds” a specific protein, e.g. muscle protein, and one amino acid is missing, then muscle growth stops there. The primary shortfall in dry grazing is protein. Energy deficits also occur, but with protein supplements, the digestibility and intake of veld grasses are improved with the result that sufficient energy becomes available.

When carbohydrates such as starches and sugars that ferment easily are available in the rumen, the microbe population increases and is activated, and microbe protein is easily produced from the urea.

Urea can replace protein partially or entirely in the diet of ruminants. Yet, a certain amount of natural protein in the feed will improve the utilisation of urea.

From the above, the aim of a protein lick (either dry veld lick or winter lick) is to enhance the intake of roughage, but not to replace it. If there is a shortage of roughage a winter lick could even be damaging due to the increased intake. As the veld improves after rain, animals will eat less d the supplement can eventually be stopped.

Did you know that Dry Veld Concentrate is one of Feedmaster’ Protein-Mineral Lick Concentrates?

Let’s have a look at some mixing instructions:

From the above table, Dry Veld Concentrate can be used as a maintenance lick (Eco-Grasveld Lick/ Cattle Lick 40), Cow/calf Lick as well as a Production Lick. It can be successfully be used as a veld finishing meal.

Don’t forget that all ruminants should have had excess to a mineral lick like Feedmaster P6 so that they don’t overeat because of a salt-hunger or mineral deficiency. Too high intakes on the protein supplement might lead to urea poisoning if the recommended intakes are exceeded. Almost all protein supplements contain NPN in the form of Urea. It is also important to know that a concentrate always had to be mixed with salt and the following mixing instructions on the bag tickets is very important to get to the safe ready mixed maintenance lick which suits your specific need on the farm.

Did you know that Dryveld Concentrate contains more phosphorous than any of its rivals in the market?

Dryveld Concentrate was specifically formulated for the Namibian market and contains a higher phosphorous level than any of its competing rivals in the segment. Most Namibian pastures have low phosphorous levels, which must be supplemented in the form of a lick.

Taking this deficiency in the veld grass into account Feedmaster raised the phosphorus level in Dryveld Concentrate to assure that the animals’ phosphorus need is met. As a lot of Namibian farmers doesn’t have breeding seasons, the P- need for a lactating cow on dry pastures is even higher and is the higher P-level in Dryveld Concentrate an additional advantage to alleviate the shortage and prevent unnecessary withdrawal of minerals from the skeleton.

Don’t forget that there must be sufficient roughage available with all these feeds/licks as this product contains Urea!

Contact a Feedmaster technical advisor in your area for more information – 061 290 1300. 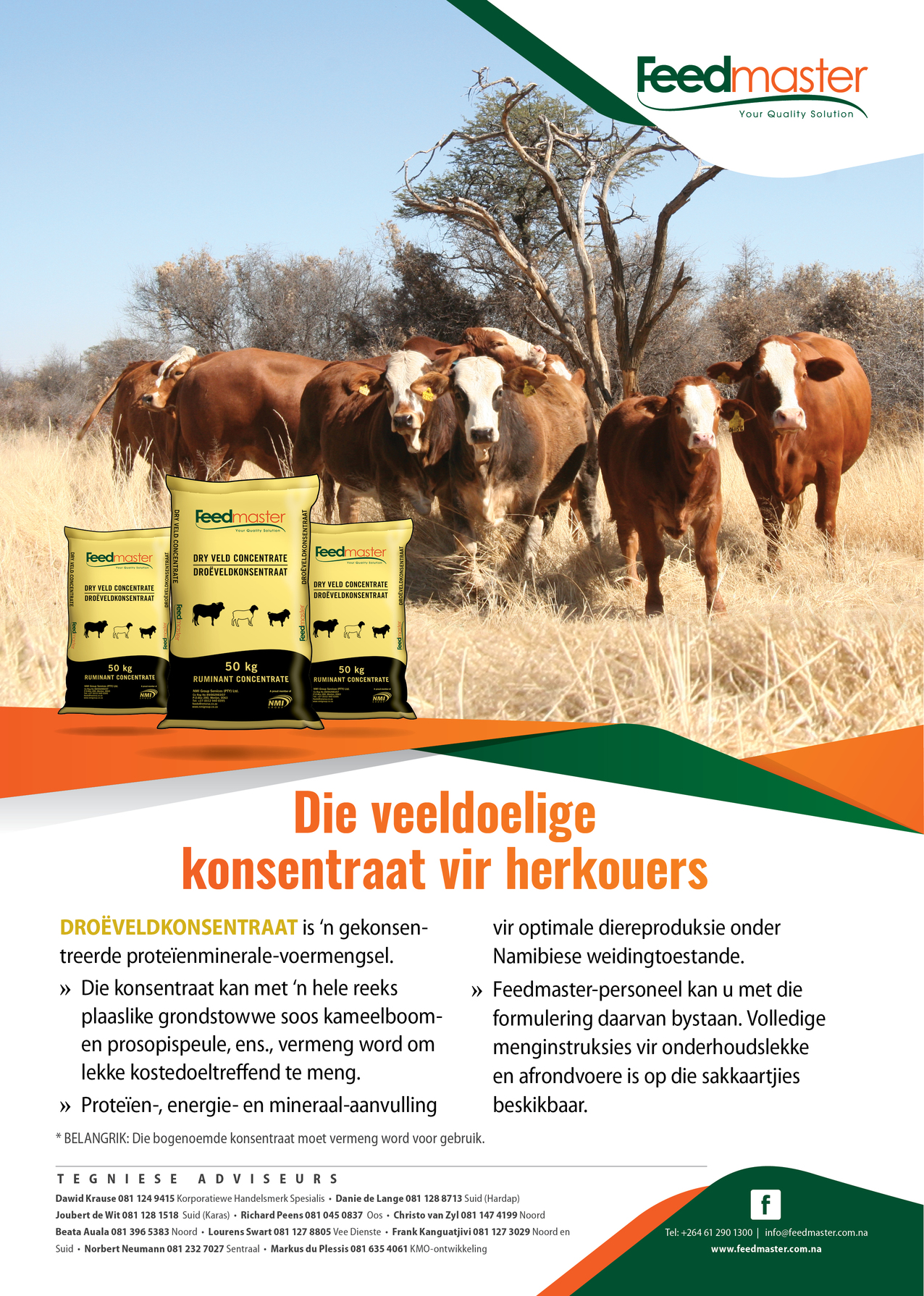